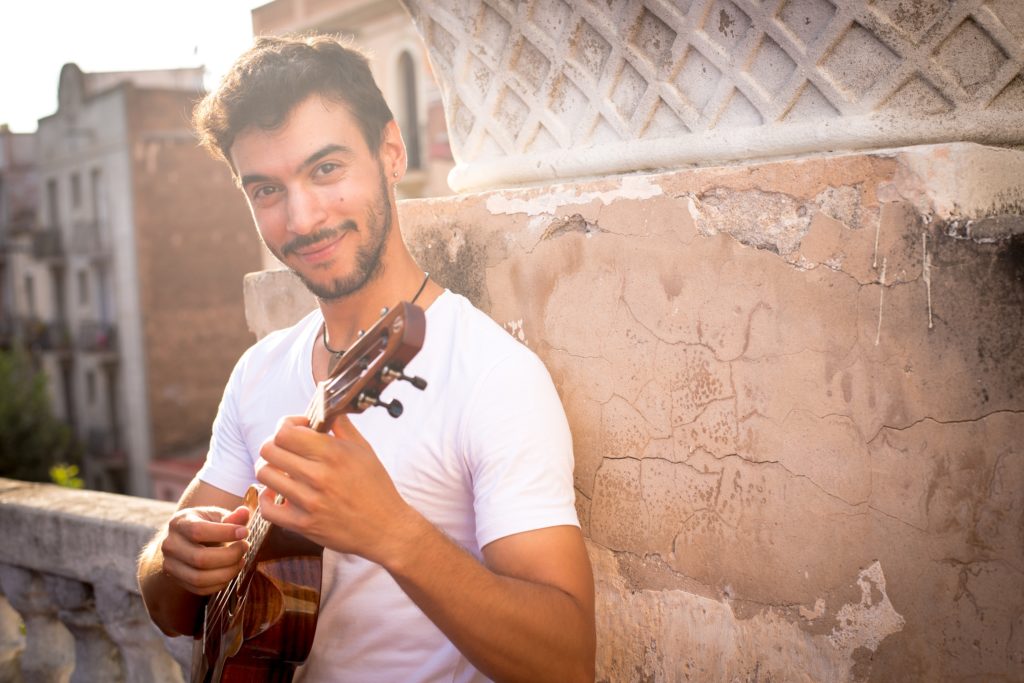 Talented, passionate, and curious about everything, nothing escapes Dani Usero’s hands. Born in  Hospitalet de Llobregat (Barcelona) in 1991, he first showed signs of interest for rhythm at the age of 7. At the age of 14, at the hand of Serginho Moreira, Dani studied musical rudiments on the drums.
The guitar didn’t take long to make its way into his life. Although the drums played a bigger role in his musical development, little by little the guitar acquired more prominence as Dani began to study music theory at the Núria Garriga School of Music, with the guidance from professors like Judit Canyelles and Adam Kaüf.

In 2012, Dani took a leap and moved to Barcelona to study Modern Music and Jazz with the help of masters like Paco Salas, Bartolomeo Barenghi and Santi Careta. After just a few years Dani was accepted at the Superior Conservatory of Music where he studied Modern Guitar with professors Jordi Bonell, Dani Pérez and Jaume Llombart.

In addition to music, Dani Usero has made his foray into the world of acting and film, participating in short independent films which have led him to work with some of the best actors at a national level.

As part of his triple act, Dani also has a passion for dancing. He has done some basic training in styles such as Lindy Hop and Salsa with the goal to develop his dance skills in the future.

Dani played an open mic at last year´s festival, and keeps wanting to play here on the bill. So here we go…..